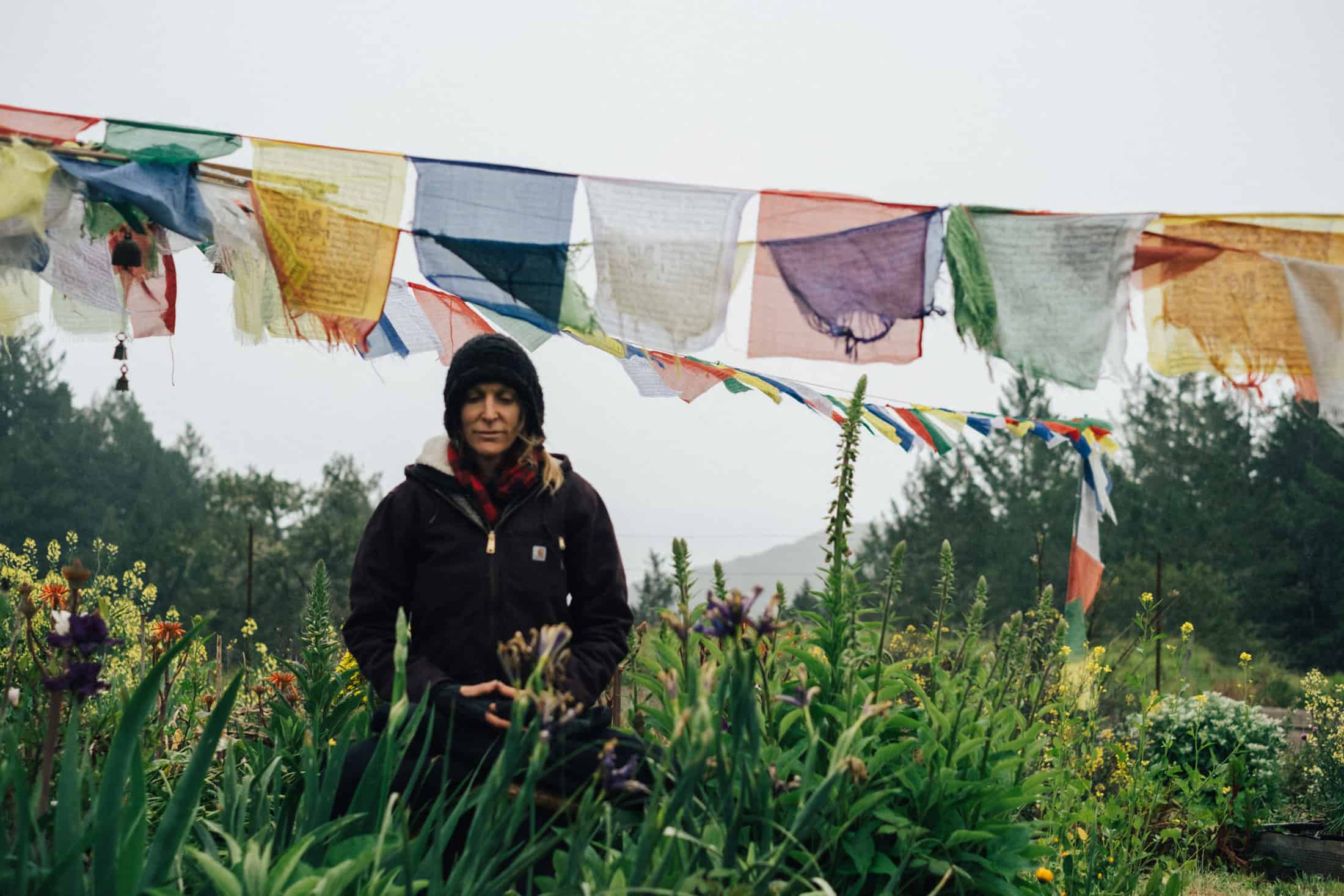 At 19 I was finishing my second year of college. I was studying fine art photography. One of my professors was very scholarly and her class was very challenging. I was always looking to be challenged. Her subject was East Indian Art. My boyfriend at the time was graduating. He was/is Japanese American and had grown up always being a minority, and wanted to experience being in a place where he was in the majority. We couldn’t afford to travel in Japan, so he chose India. It was about 1980… I took the year off from school. We were serious budget travelers, 3rd class all the way….

I carried a traveling dark room in my backpack. I brought film in 100 foot rolls that I hand rolled and shot. There were limits on how many rolls of film you could bring… so i went for 100 ft rolls!!!!! I brought all the chemistry and a dark bag to developed the film at night. We wandered around India stopping to see the ancient temples, the art I had studied. We wound up in Bodhgaya where the Buddha attained Enlightenment under the Bodhi Tree. We were supposed to stay there three days, but I ended up staying a month. I did my first 10 day vipassana retreat there with Christopher Titmus. After the retreat I stayed and contuined to meditate, I couldn’t leave. Then one day someone took me to see a Tibetan Lama, Tara Tulku, who was appointed by the H.H. the Dalai Lama to teach in Bodhgaya. It was a holy day and he gave a teaching about the Bodhisattva Vows and offered the ceremony to formally receive the vows. From the moment that he spoke about Bodhicitta, the idea that until all beings are free, no one is free. I knew that was why I had been born, to serve all beings, to relieve their suffering and progress on the path to attain awakening. I took my Refuge and Bodhisattva vows that day, in the Holy Place where the Buddha attained Enlightenment. And from then on…I have devoted myself to the path.

When I came home I was 20. It took me a few years, and at 23 I found my Root Teacher H.E. Chagdud Tulku Rinpoche. I received teachings from other Lamas in the West, but I didn’t feel a powerful connection. When i met RInpoche it was unquestionable for both of us. Right away I went into a month retreat to receive the Ngondro (Preliminary) Practices. The first time he ever spoke to me he said, “You when three year retreat doing.” He moved me to his center in Oregon, where I worked on my Ngondro and we began making plans for my long retreat. Then a great Lama H.H. Dilgo Khentyse Rinpoche came to the west. He did a “mo” or a prophecy practice and said that I should marry Rinpoche’s son, that we had important karma together. We were married in a courthouse in Delhi, India. I became pregnant almost immediatly. My son is a recognized reincarnation of H.H. Dudjom Rinpoche. So I married into the Lineage and became the mother of a Tulku. So my daily experience, yes, my whole life has been the Dharma. So the “karma” was very deep.

My teacher (and father-in-law) H.E.Chagdud Tulku Rinpoche was a great Dzog Chen master. He was a meditator and scholar, a yogi. He believed that we Westerners could attain realization, where as other Tibetan Lamas were less convinced. He therefore was extremely generous and trusting and gave us all the teachings from Ngondro (the preliminaries) to the most advanced practices, the whole entire path with nothing left out. It was extremely fortunate conditions. In Tibet only the highest of Tulkus were ever even given the teachings that we received. I was extremely blessed. And we worked very very hard, we were very very serious. We got up at 4 am everyday. I did a 3 year retreat. We did 6 week retreats in the winter every year, plus other smaller retreats. And every summer a big Drup Chen ceremnonies, and of course intense daily practices always!!!! We hosted many great Lamas from Tibet. Then we went on major pilgrimages, to holy sites all over in India, Nepal, Tibet, Bhutan and China. All together I spent approximately 7-8 years in Asia. I was extremely fortunate to personally know and receive teaching from most of the Great Nyimgma Masters of the last generation from Tibet;, H.H.Khenpo Jigme Phuntsok, Kyabjé Chatral Sangye Dorje Rinpoche,, H.H Khentyse Rinpoche, H.H. Mindrolling Trichen Rinpoche, H.H. Katog Moksa Rinpoche, H.E. Tulku Orgyen Rinpoche, Nyoshul Khen Rinpoche, Kyabjé Dungse Thrinley Norbu Rinpoche. H.E. Kalu Rinpoche, H.H. Sakya Trizin Rinpoche and H.H. the Dalai Lama.

Rinpoche passed away in 2002. The Sangha is a little scattered now. I still have my teachers, but mostly I am on my own.

My life took a strange turn after Rinpoche passed. He was famous in Tibet for his voice. At one point he was asked to open a concert for the Beastie Boys. Their main singer is Buddhist. Rinpoche was amazed by the vast crowd, that so many people would come to see a rock band. He famously said “next life rock star.” After his passing, my surviving cancer, and then divorcing, I was led back to my roots as an artist. I became a part of an avant-guard artist collective in 2000. The main director and her husband would come stay with me on the isolated retreat land where i live. She was captivated by the songs of my prayers. This is when the doors opened for me to become a singer. I never even thought I had a good voice, and I am very shy to even speak in public. I am certain it is all Rinpoche’s blessing. The artist collective dissolved some 10 years later. I am the only member who is still performing. I am soon to release my third album, PROTECTION. The first was “UNION”, and the second was, “TRANSITION” ~ A Ceremony of Prayers for the Dead and Dying.*** It is extraodinary how in these modern times, through the internet one can connect to masses of people. The songs, prayers and mantras are played all over the world, and continue to just reach farther and farther as time passes. I have perform at music festivals primarily at Symbiosis and Lightening in a Bottle which both made the Rolling Stones top 10 festivals list. And Burning Man, singing for the Temple Burn in 2008. I believe this is not “me”. This is an expression of the Bodhisattva Vow. That says, “Until all beings are free of suffering, then no one is free. So until all beings without exception are free of suffering, I will devote my life to serve them.”

In the tradition that you practice, how do you think it has adapted to western culture?

My particular Lineage is Nyingma or the “Old School” Lineage of Tibetan Buddhism, the original Buddhist Lineage in Tibet. Most of the Lineages are monastic, but Nyimgma’s strong side that is what is called the “Yogic”. The Yogic Lineage is not monastic, not monks and nuns. We are “householders” regular people who have families and live ordinary lives. I think the Yogic Lineage is well suited to the lifestyles of typical Western practitioners.

I do not claim to be a good practioner, but I have been extremely blessed by this Lineage, and my story is quite out of the ordinary. What I am doing, the way the Dharma has manifested through me is wholly unconventional. Yet all of my Tibetan teachers and my Dharma community have been so very supportive of what I am doing. They say it is my unique “activity”, and that I am reaching people that a traditional teacher might not have the “karma” to connect to. I feel this. It was never a goal or desire, or even a thought on my part to be “performing” on huge stages, transmitting these teachings, the blessings of these practices, to the best of my ability. So I just continue to walk through these doors as they continue to open. I think it really says something for Tibetan Buddhists that we/they are open to change. It is after all, a pillar of the practice, the teachings of impermanence. But sometimes it is difficult to really put the philosphy into practice. Of all of my time in Asia, no one ever was prejudice against me because I was not Tibetan. They saw that I was devoted and sincere and accepted me as a fellow practitioner. In those days many of the younger Tibetans were not interested in pursuing a spiritual path, so the elders were welcoming of me as a younger person who was serious about practicing the Dharma. 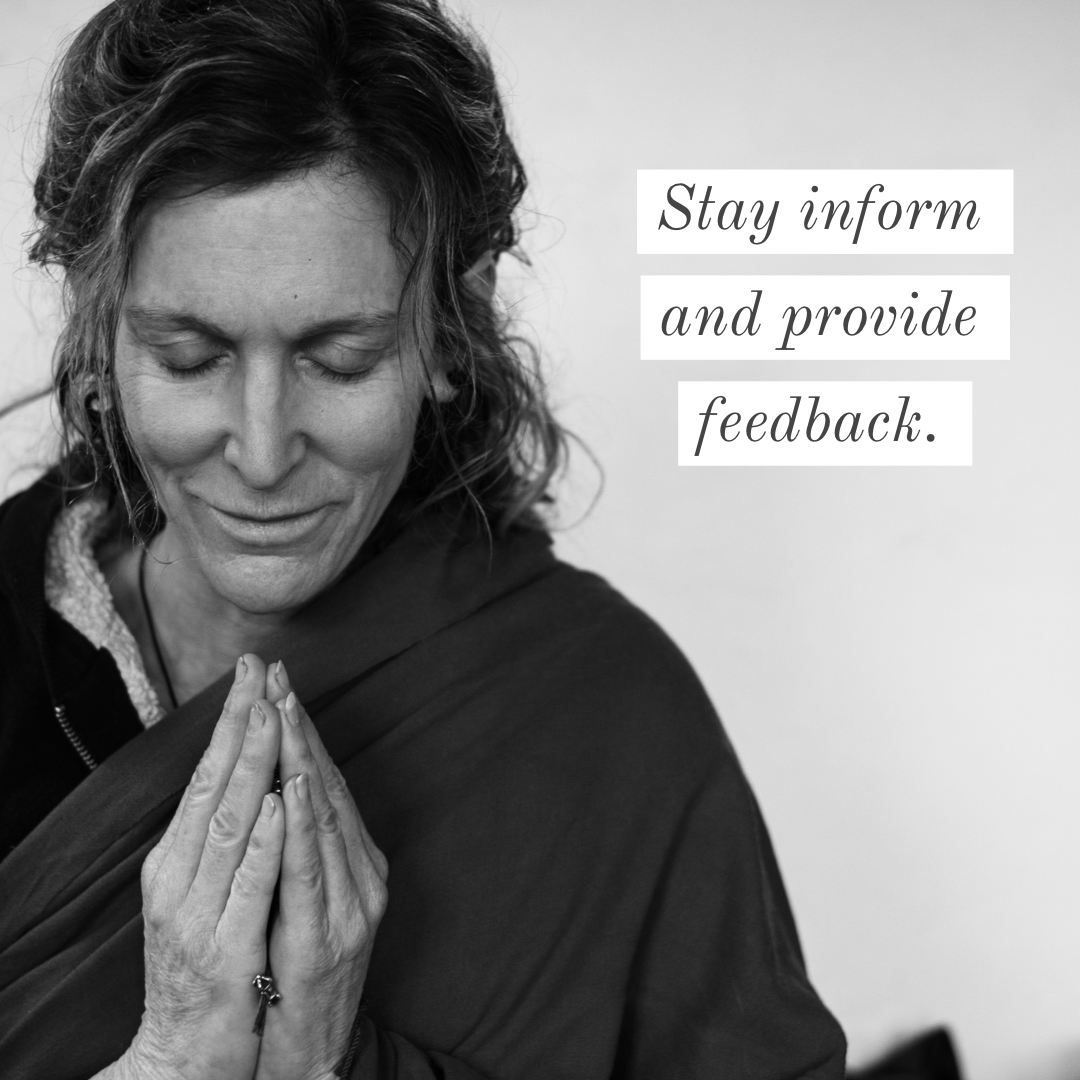