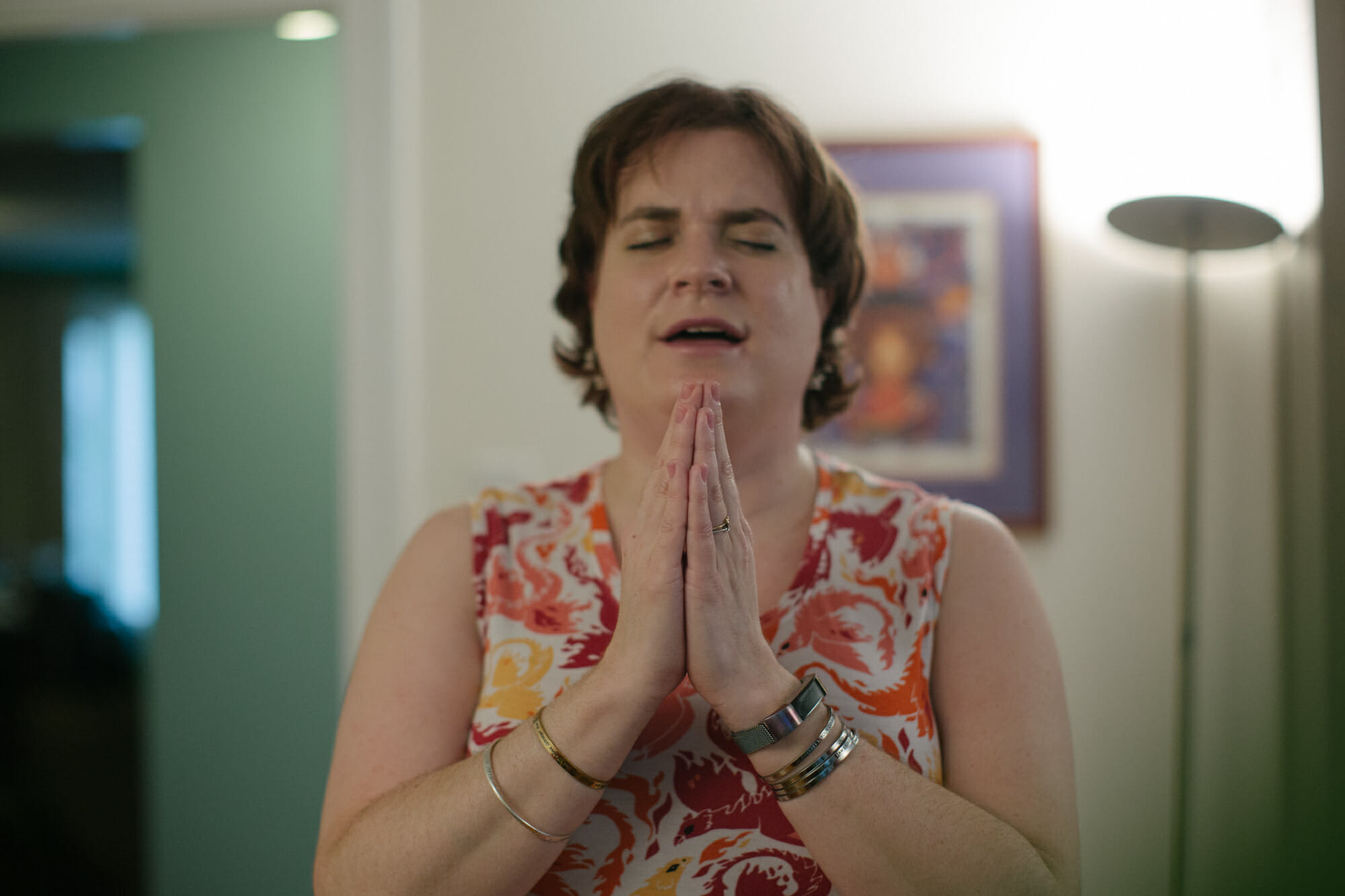 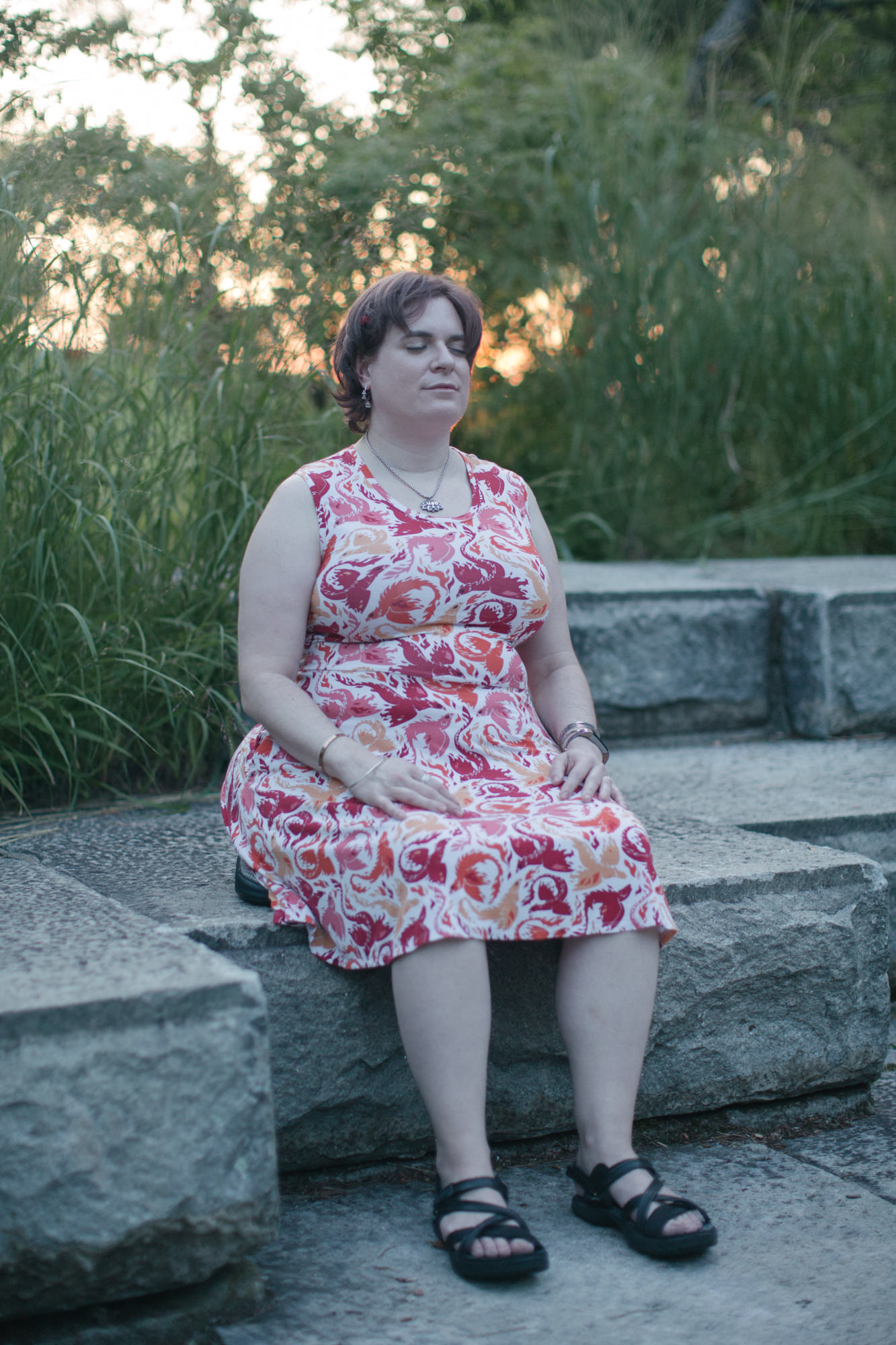 I grew up in a household that exposed me to Catholicism. I became a Catholic as a teenager, by my own choice. But my relationship to Catholicism started to change when the scandals about the abusive priests came out. As time went on, while I appreciated many of the teachings of the church, I didn’t believe in the worship of God anymore.

I became exposed to the dharma when I was dealing with chronic pain. I was required to meditate as part of my treatment, and at the time I couldn’t relax any of my muscles. But the meditation helped me learn to relax. My massage therapist told me it was as if I’d switched bodies. That change was so profound that I got curious about what else meditation could do for me.

An interest in meditation led me to the dharma. The people whose online meditation classes I took were dharma teachers and members of the Triratna order.

I chose to become Buddhist for many reasons. First and foremost, Buddhist teachings make a lot of sense. Sometimes it seems like they are so obvious that it’s strange that living the teachings is so challenging. Buddhism requires me to have faith in my ability to transform myself. Sometimes it is hard, but it is something I can devote myself to.

Buddhism encourages us to try the teachings for ourselves without blind belief. That is important to me. The teachings of ethics are paired with teachings of compassion. This kind of compassion was something I sorely needed. And so in time it was clear to me that I was Buddhist.

The Buddhist path only exists in our daily lives. It is something we can work on no matter what else we are doing. And so, it has gradually started to permeate my life. Some big changes for me since starting to practice 10 years ago are: becoming more compassionate to myself, becoming less of a workaholic, being less interested in distraction, and carrying myself more lightly in my endeavors. I’ve learned to work less hard, to strive with less grasping, and that has helped in both my work as a software developer and a song writer.

In my relationships, both those that are personal, and in other places, I make more of an effort to rejoice in the merits of the people I encounter. I’m learning how to argue without a goal of being right – but instead a goal of trying to understand the other person’s point of view. This has changed my life at work dramatically.

I looked into other lineages after encountering Triratna, but in the end it turned out that the sangha I was looking for was the one I started with. Triratna is an order that is less based in Eastern Culture, which is important to me because I don’t want to be appropriative. It’s an order with an emphasis on: scholarship into the Pali Canon and relying on the fundamentals that underlie most lineages; a foundation in going to refuge to the Buddha, the Dharma, and the Sangha; engaging with the arts as a form of inspiration; living in the world (it is a lay order).

I also have been very inspired by the way that the order makes decisions that are helping it grow and change. It has historically been a place where gay and lesbian people were welcomed even in times where that was rare. The order is now working on how to make sure that non-binary and transgender people are also welcomed and feel included. This is among many of the challenges the order faces as it grows and changes with the times.

How long/often do you meditate? How has it evolved over the years?

I wish I was more of a regular meditator. But for me, my practice is fundamentally in the moment. It is taking opportunities to be kind when I’d otherwise ignore people – my Lyft driver, the security guard at work, cashiers, etc. It is noticing when I get caught up and learning to release my grasping.

Retreats are very important for me to keep being inspired, and I go to them when I can, but that is hard in a world with so little vacation time.

More than anything else, the thing that keeps my practice alive is my sangha community. I have a weekly sangha that I only manage to go to when I am well, but I also have a smaller subgroup that meets at my house twice a month for dharma study. I have a few friends in the order and in the training for ordination program that I stay in touch with. And I luckily have three great local order members that I talk to fairly regularly.

There have been times when I’ve been much more focused on dharma study and meditation, but I had no sangha. My practice didn’t get very far. The people that I study and practice with challenge me to look at my views, to understand my grasping, and to notice when I reject things out of fear. They also help me realize how much I’ve changed and help me by rejoicing in my merits.

The second is that the teachers I met were people I really connected to because we had a lot in common. My local sangha leader worked in my field for a long time, and has similar personality quirks to mine. It really helped me to see that people like myself were not only benefitting from practice, but were able to commit themselves to it so wholly.

I work as a software developer who writes code that tests code. I manage a team of others who work on the same project.

The thing about being a problem solver for a living is that you can become very focused on systematic approaches to solving problems. You can collect all the data you can, and still be stymied. You try to explore every avenue. But what can really bring breakthroughs is spaciousness, because it lets you become creative. To become creative you have to accept that you don’t have everything figured out. I think often about the story of the monkey who can’t get his fist out of the jar because he is holding on to a treat. I’ve learned to lighten my grip and that often can give me the creativity to solve problems.

I’ve also become more patient, and that sounds like a small thing but it’s really made a difference for my creative work. I get ideas as a song writer, but I can’t always make them work when I want to write them. Sometimes I just have to let go of the idea that a given song will work. Sometimes I need to just wait and give my creative mind a chance to breathe. Weeks can go by and nothing happens, and then suddenly there the song is. In my old life I wouldn’t have had the patience to let these things materialize.

The first lineage that I felt really driven to join was Shambala. I was very attracted to the program and the orderliness of it. It seemed very well constructed. But I realized after I first started to take a look at it, that my ego was drawn to the sense of accomplishment each step might give me. While I knew that wasn’t the reason the program was designed that way, I realized it wasn’t quite right for me.

I think there were two pieces to my personality and background that made Triratna really attractive. The first is that Triratna’s teachings are focused on those of us from the West. That is really helpful when you are trying to learn things counter to Western culture, like self compassion, and how to stop grasping. This focus made me feel like the teachings were more approachable. 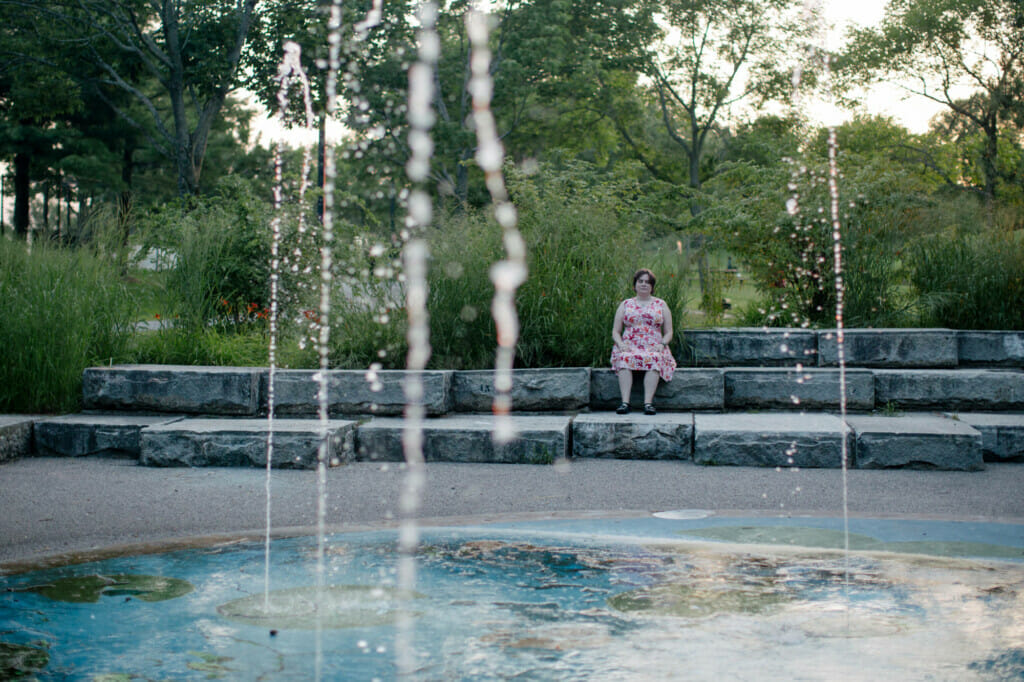