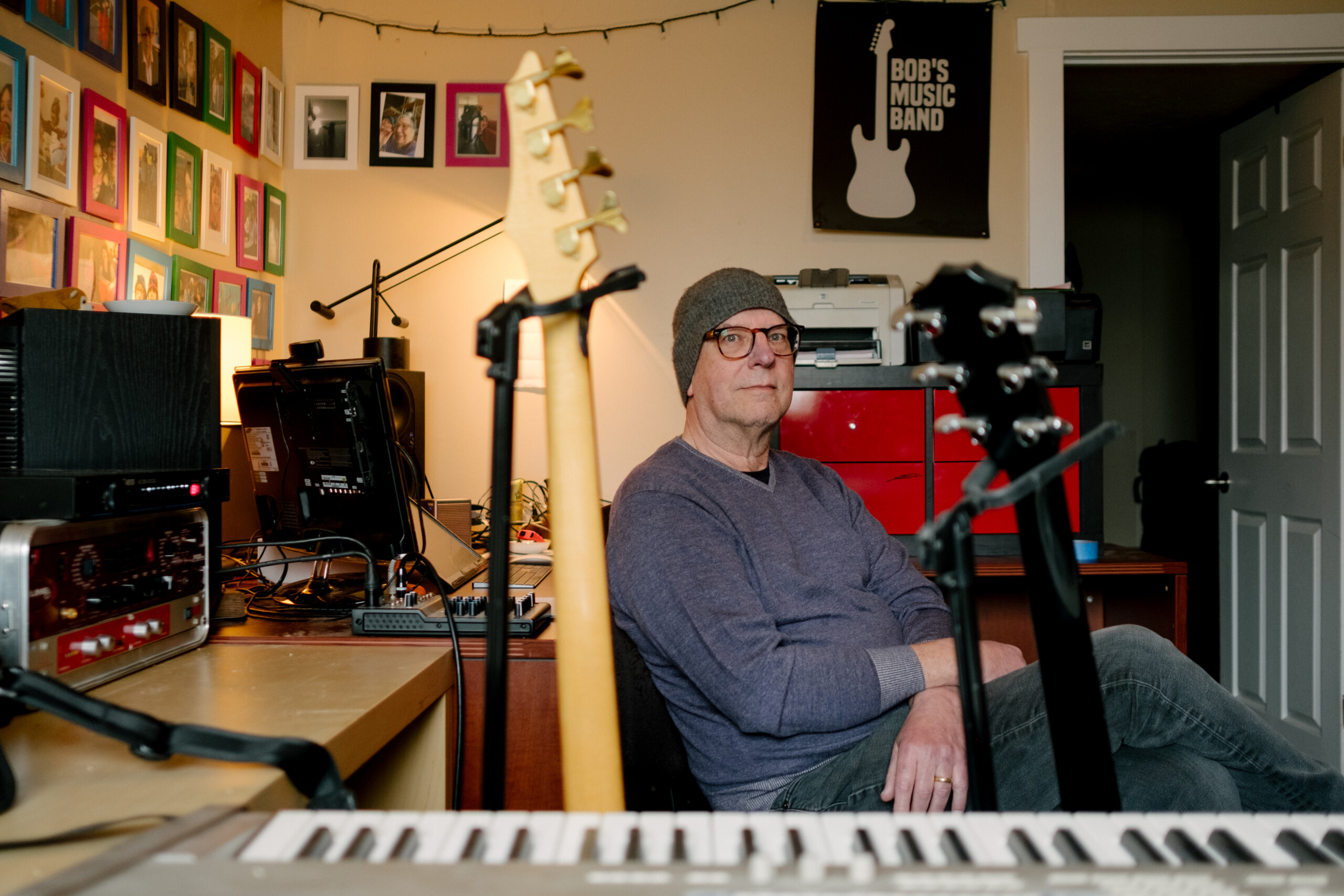 My name is Bruce Lampson, and I am 70 years old and I live in Salt Lake City. I’m originally from Seattle. I grew up in Seattle, spent 50 years of my life there before I moved to Salt Lake and actually and I didn’t tell you this before, but my first encounter with, uh, with Buddhist practice was, uh, when I was about 14 years old, a Japanese family moved into our neighborhood and I became really good friends with their son, and his mother had a nature and shochu practice group and they chanted NAMI hollering a hill and had a go Hons and uh, and all that. And he invited me over and something about it just kind of really, I was like, Wow, okay, I’ll do this. And I did that for a year or so, um, and got my good hands and, and set it up at home. And my parents were always very kind to me about things I wanted to try. And so they said, you know, do whatever. We were raised Episcopalian and went to church.

Well, they say there’s $10,000 to the drama. And there, of course, when they say 10,000 and Buddhism, they mean infinite. And and I think each of us kind of finds our own door, you know, and and it has to do particularly when we’re starting out, you know, we’re coming to everything in life, but particularly are our spiritual leanings, you know, with a certain amount of preconceived notions, a certain amount of, you know, does this feel right? Does this fit right? You know, uh, you know, would I rather wear red and yellow robes or black and white robes? I mean, it’s funny, you know, uh, and, and these things aren’t necessarily on the top of our consciousness, but they’re inside, and we’re kind of like, feeling our way. Um, and, and also, you know, when you first raise that, the body mind, you know, of the seeking mind, you know, you’re very open. And, you know, Suzuki Roshi talks about beginner’s mind. You’re very, very open. And that’s actually Zen mind, right? Because that’s open and receptive and you’re willing to try everything and and it it doesn’t take very long. We’re trying things before all your sort of, you know, preferences come back in and it’s like, wow, I like this, I like that. I like this guy. I like that woman. As far as a teacher, I like these people in the Sangha, you know, I feel like I’m being seen or not being seen. You know, we’re very sensitive to these things. And I was, too, but I was very open and receptive and I and, uh, I think two things, two or three things attracted me to Zen over the Tibetan practice that have nothing to do with the, the Dharma. Okay? And one was I, you know, I do like the Japanese esthetic. Um, and, uh, and also there was seem to be, you know, when I go to the bookstores and I’d circle around the racks, you know, looking for things, um, there seem to be more Zen literature that, that I like to get into and so I just started reading more of that and it was, it was a little bit more understandable to me now. But interestingly, you know, after I did Zen practice for a number of years, I understood Tibetan practice better and I understood their method and their methodical way. And it’s beautiful. Um, but so I very much appreciate that, but I don’t, uh, but I, at this time I finally, you know, I got into one track and I’m going to say there, um, but in doing that comparison back and forth, as I did, uh, it was just that the literature was a little more accessible for me. And then Gimpel Roshi as a teacher, being an American guy, grew up in Long Beach and we just hit it off and he was very open and I was very open and and were very honest. And, and he would explain things because honestly, even though there was a lot of Zen literature to read, it’s not very easy to kind of give and English translations because there were still a lot of lingo, there were still a lot of concepts and principles and different things that, you know, just take a while to to get. And then, you know, I mean, I can read something by Dugan’s energy and it’s like a plum blossom on a bare branch and winter, you know. What the hell does that mean? You know, and and yet and so I read all the footnotes and everything. And after a while I got familiar with the imagery and what that meant. And it’s very beautiful. And I understood, uh, I finally understood what haiku was really about. And, and things like that. And this, this Zen imagery, which is very different than the Tibetan imagery and very different than the Indian imagery. And, you know, I it’s a lot to take on. So, you know, uh, snow in a silver bowl, you know, and all these different kinds of things. And so I just got more and more familiar and more comfortable as in. But at the same time there were several people, not just Temple Roshi, but other students of his and monks and some of his successor teachers that were also Westerners who would help me through this and were very much, you know, bring it back to you and bring it back to life. So that’s how that kind of occurred. And so, you know, I was in person.

And I’d always been interested in sort of religious things or the bigger questions, I guess. So, you know, it wasn’t that was probably let me think that was probably around 1964. And, you know, a lot of things were happening in that time and I got swept up in all that. And you know, started smoking pot and and going to concerts and, you know, wanted to be a hippie. And my dad was a Navy officer, so I couldn’t grow my hair long. But but at that point, I, you know, after I graduated from high school in 1969, I basically dove into my job and getting ahead and, you know, all those kind of things. I skipped college. I worked since I was a young and every job I could find. And I thought like, I’m fine, you know? And so I went along like that for a long time, had a good career actually, a professional musician during my twenties. And then I the you know, and I was on the road for six years, one time, basically all the time playing nightclubs, rock and roll. And I got back from a lot of that and I had the exact same amount of money as when I left, had a lot of good experiences and crazy experiences. But, you know, I thought, well, I got to get serious. And so I got a job working in industry, in the paint industry actually, and just dove into that and did well and bought a house. And I never got married, but I fell in to a crowd kind of in my neighborhood that was also very much motivated for, uh, accomplishment and money and, and status and that kind of thing. And after and it was fun for a long time, but after a number of years, it was just like, I just, this isn’t doing it for me. And I started thinking probably in the late eighties about, you know, what are these? Bigger questions started coming back to me and I kind of remembered and I, you know, I still have the go hands. And to this day that I got, you know, when I was 14. So I, I would pull that out once in a while and look at it. And then I started thinking, okay, so I started looking into different things and there wasn’t a lot available in Washington or in Seattle at that time. I would go to bookstores and actually the first book a guy recommended to me was, um, Sex, Spirituality and Ecology by Ken Wilber. 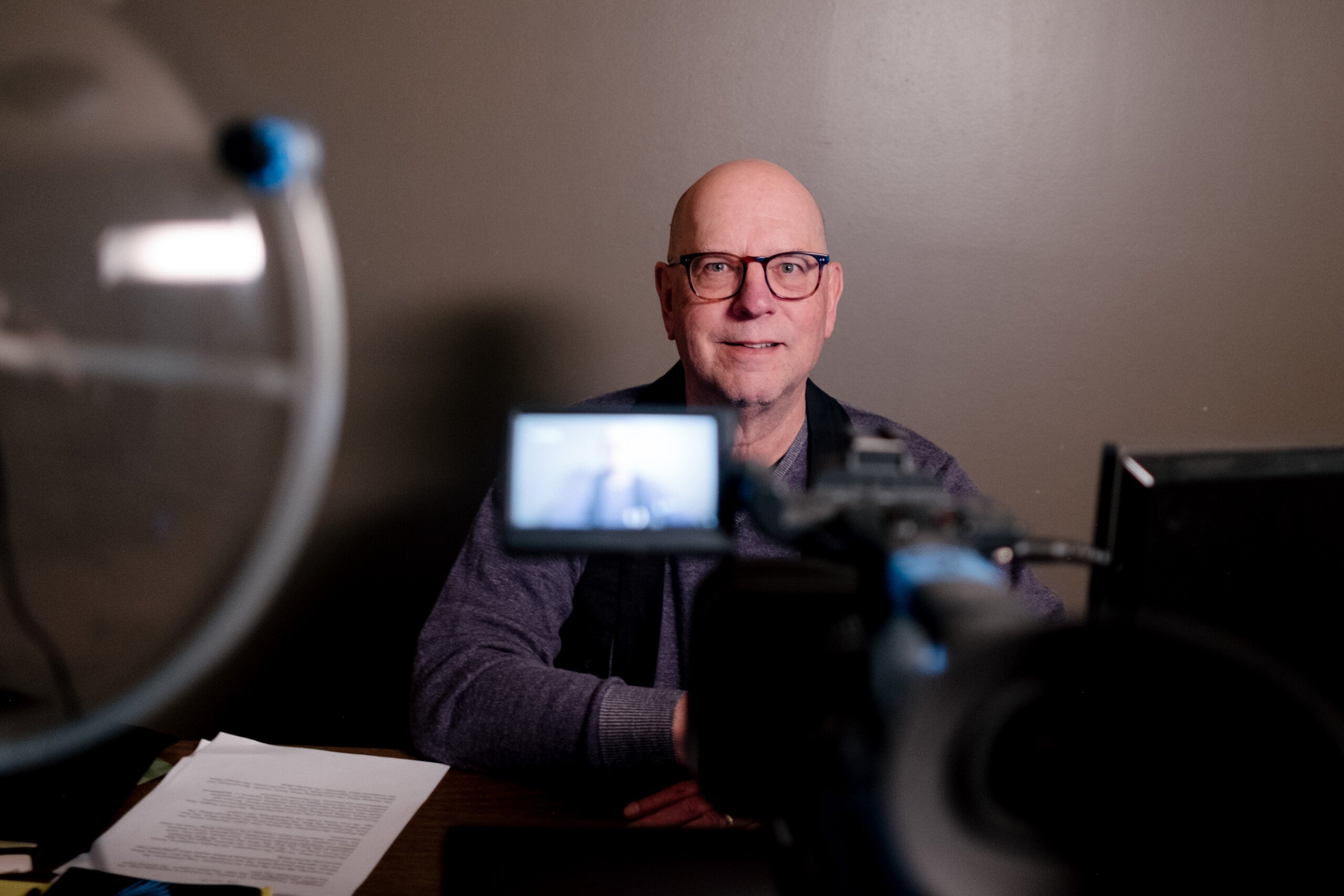 I think two things, two or three things attracted me to Zen
over the Tibetan practice
that have nothing to do with the, the Dharma.