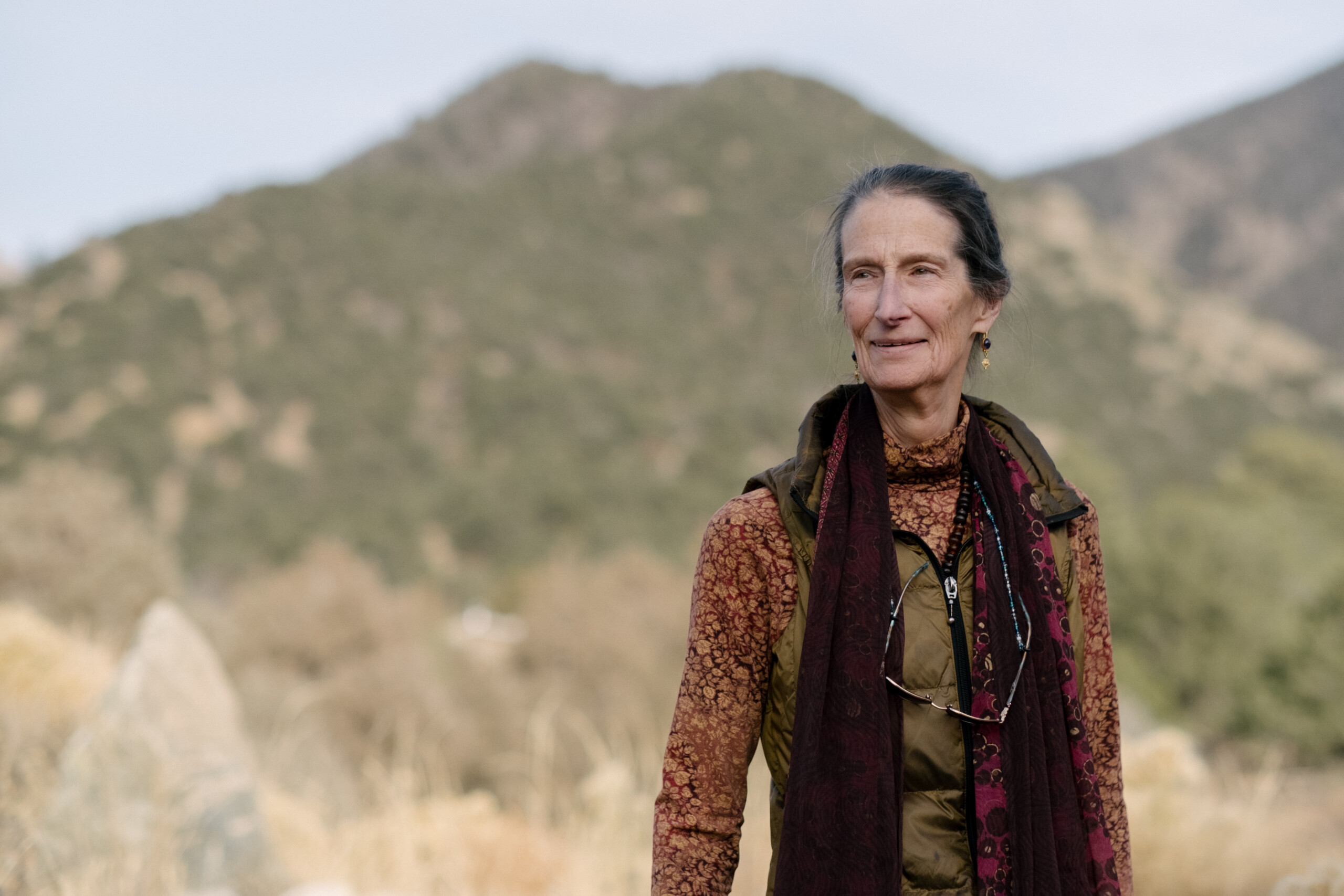 From childhood on I was interested in finding and knowing God.  I read the Bible, walked across the street to talk to the Catholic nuns and learn the rosary when I was about 8. I prayed often for a teacher. I began chanting Nichiren Shoshu Buddhism, meditated on my personal sound in my 20’s.  I knew early on in life that meditation was my path, but couldn’t find any teachers in the western traditions.  I sat with all forms of Buddhist groups in retreat situations. I also pursued a PhD in World Religions and Psychology.

Then one day in September, 1980, a friend and I were leaning against a building in the “diamond district” of NYC enjoying the sun when a Tibetan man in robes walked out of the building next to ours, no more than 8 feet away.  This friend had showed me his picture only the night before and told me we would attend the Karmapa’s Black Hat Ceremony the following night.  So I knew this man was the 16th Karmapa!  He and I stood facing each other in a timeless wordless moment; then he got into a car parked in front of us.

From the moment we bumped into each other onwards I followed him around the country on this 1980 trip.  I was ready to leave everything behind and follow him, but he told me to remain in this country.  I searched the available Tibetan Buddhist teachers in this country. A few months later in Woodstock I saw Khenpo Karthar Rinpoche and something inside me beyond rational mind said, “YES!” and I asked him to be my teacher (which he answered only after one of those again timeless wordless moments with, “You seem sincere.  That will be all right” )and thus began one of two deepest relationship in my life. 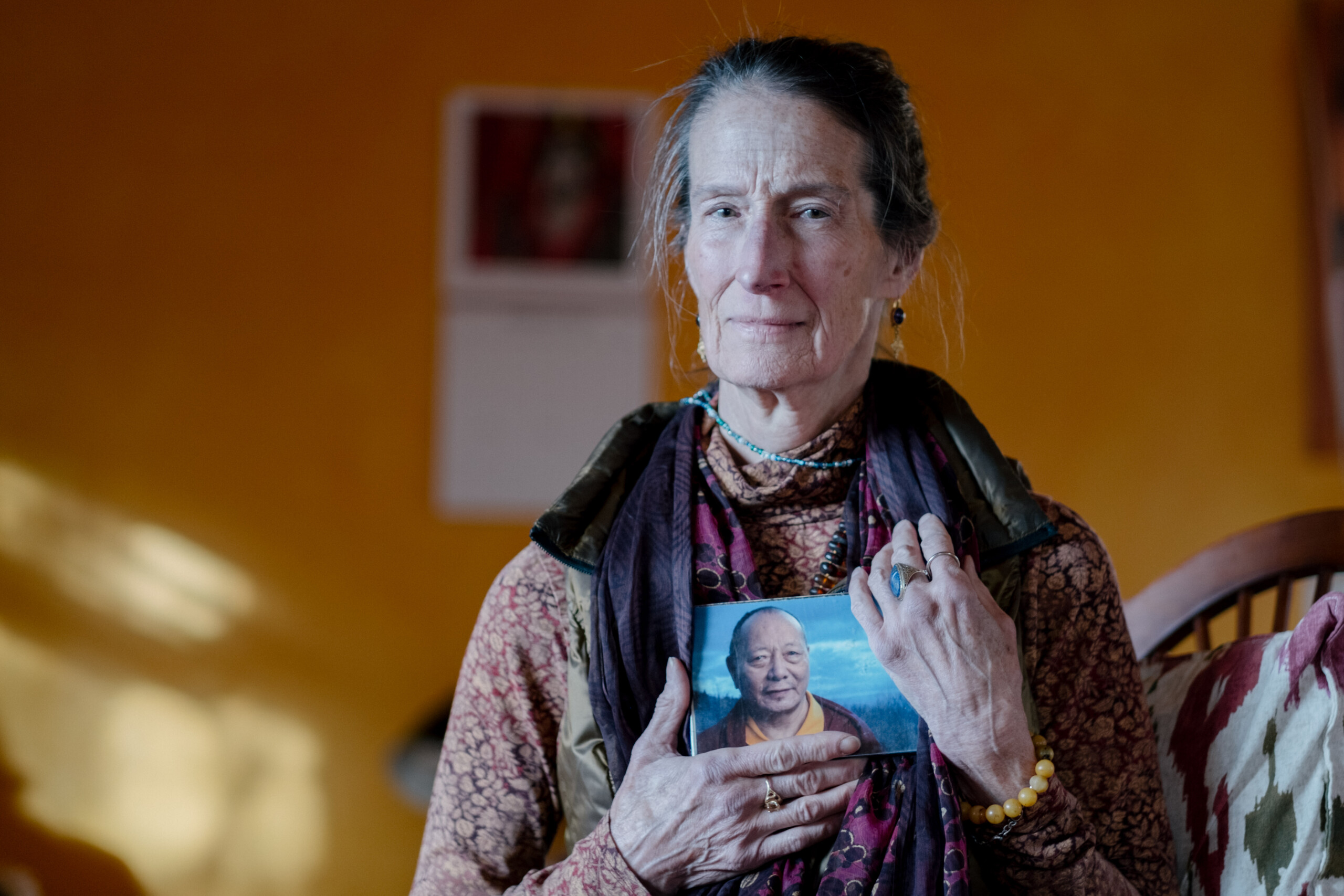 Zoe is currently leading the effort
to build a stupa for her teacher.

There’s another way of telling this too:  My father would go into a drunken rage often. He tried to kill me twice that I remember in those rages.  Fortunately he wasn’t successful, but there were injuries and 3 women and I lived in fear every day until I left home at 18.  There were other violences of all kinds and he was also a highly intelligent creative person.  I hated and loved him.  I left home mid-sixties, went to NYC and worked as the editorial assistant to The Feature Editor of House Beautiful Magazine, later was on the production crew of the Apollo 12 moonshot at NBC.  I started a literary magazine, was in an off-off-Broadway play, gave poetry readings…recited mantras and nothing touched or relieved the emptiness I felt inside.  Despite successes outwardly I felt what I called “zeroness.” I wanted to die.

I became in one year a very serious alcoholic drinking round the clock until I passed out and when I came to I’d begin again. Briefly I lived on the street. I cold turkeyed once and nearly died of convulsions—had serious DTs and hallucinations accompanied. As soon as I felt better I began to drink again. Yet I fought every day to live. I exerted myself physically to my limits and prayed but then by every 3 PM gave in to drink. Throughout this time I felt a connection and was continuing my search for God.

In a period of 3 years I tried to kill myself 3 times. The last 2 in successive nights.  I knew I would succeed and put myself in a locked ward of a mental hospital to protect myself (before 3 PM).  The suffering of others I saw in this place jolted me out of feeling so sorry for myself.  I formed relationships, tried to help.  I was in no position to help except through listening and caring.  I loved this time, an oasis, in the midst of emptiness and alcohol.  I learned how to weave on a loom.! When I left the hospital I began drinking again and knew the end was very near.

I remembered a situation from a childhood event involving a friend of the family who  became very violent when drunk. I remember he tried to get help from AA. I drank a quart of vodka, picked up the telephone and said to the operator, “Get me AA.” And she connected me to women who told me to stay where I was they would come get me and take me to a meeting.  I walked into the meeting and immediately my mind cracked open—literally—and I became one with everything, mind everything and only.  I laughed and laughed at this realization and then sobbed through the laughter—I was the laugh, the tears, everything.  And the compulsions to drink and kill myself viscerally dropped from me; I was free.  Years later I know I experienced a Grand Satori, the kind of experience Koan work in the Zen tradition can produce. (The effects lasted for months and for years I could access non-duality), but I did not cultivate this experience as I did not know what it was and instead began life all over again at the age of 28.  April 22, 1975, Earth Day, became my spiritual birthday.

I faithfully, joyfully attended AA meetings for 5 years.  During this time I searched for a teacher of meditation.  In 1980 I met the 16th Karmapa as above and then Khenpo Karthar Rinpoche and began the Tibetan Buddhist Path, though I have a PhD in world religions and psychology I got during this time.  My appreciation of the heart of all the traditions and the spiritual giants and saints in each are my treasures, my “flowers.” I visit my Garden every morning and commune with these flowers of humanity. This is the beginning of my daily practice.

I’ve said that I always knew my path was meditation and prayer.  I knew as soon as I heard about the traditional 3-year retreat in 1980 I wanted to do it.  When I was given a grant to study Sanskrit in Germany in 1983 I went and visited the retreat center in La Dordogne, France.  My back went out so badly visiting there I could not stand up for a few days and though I wanted to leave I couldn’t for quite a while. 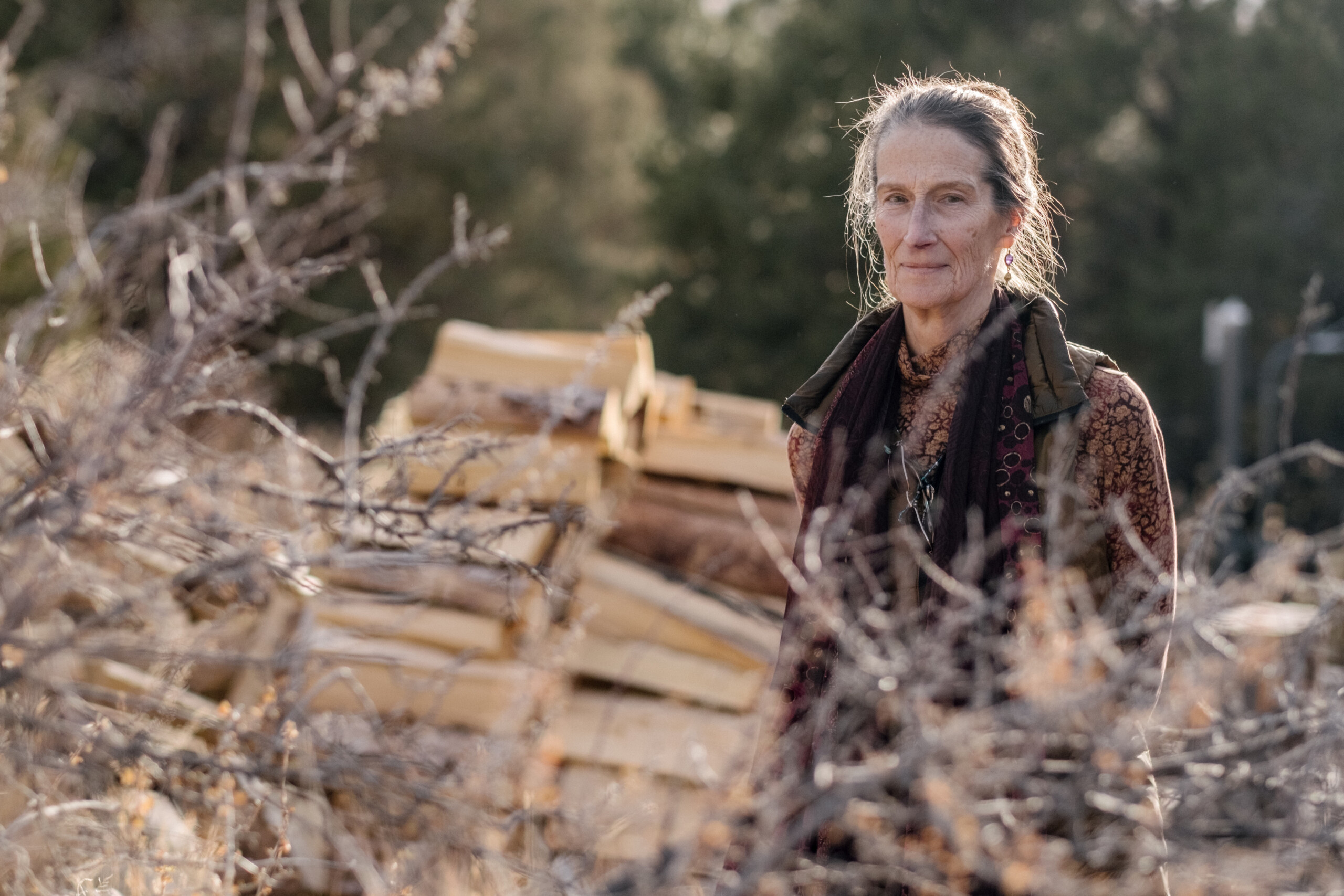 Rinpoche was the shining example of what we humans
can accomplish with effort,
prayer but mostly it became apparent through love

I took Bodhisattva Vows with Khenpo Karthar, begun Ngondro in 1981.  It took quite a while to finish prostrations—maybe 10 years and then the rest followed quickly.  All through the early years of practicing I loved meditation, had experiences, found the discipline of Ngondro challenging, but didn’t really feel a sense of deepening within for years. What always kept me going was my love of meditation, my deepening experience of Rinpoche and my love and connection to him.  He became quickly the most important person in my life and that is not a good way of saying that—better is to say, I was aware he was almost always at the back if not at the forefront of my heart/mind.  Even in foreign lands, even in all kinds of every day experiences…I sensed his presence and the love I felt for him.

Circumstances worked that I could attend the 2nd traditional 3-year Retreat under Rinpoche’s guidance in Delhi. NY.  Aside from childhood it was the most difficult time in my life for many reasons and I could barely meditate.  Yet I was with Rinpoche on a daily basis and treasure this time and experience with him.

I was very fortunate to sense I needed to move closer to Rinpoche in 2019.  I was living in WA at the time and packed things up, rented an apartment near Delhi and was nearby before he got sick and then left his body.  I feel his presence within still.  I want future folks to know that a human being can transform themselves into an enlightened being with an unfathomable depth of heart for everyone and am involved in building a stupa dedicated to him (and enlightenment) in Crestone CO next to the 16th Karmapa Stupa, the person who was his boss and whose wishes he completely fulfilled. I want future generations to know that a human who embodied both Love and Virtue lived as a shining example of what we can be and really are.

In 2003 I decided to offer an indefinite time to put some of the teachings we had learned in the 3-year retreat (particularly the 6 Yogas of Naropa) into practice in solitary retreat in Canada.  The War in Iraq was breaking out and I dedicated whatever came of my practices and prayers to an ending to war as a solution to individual and world problems.

It was during this time I could feel my practice deepening—23 years after meeting the 16th Karmapa and being given Rinpoche as a teacher—during many hours of practice per day for 7 years that I felt a discernible shift.  I can’t say what that was exactly but I knew I was seeing the world differently than I had before.  A certain flatness was not as prevalent.  This was in many ways the happiest time of my life, except for the 49 Days following Rinpoche’s death.

Only looking back and asking myself what made that the happiest, most contented time do I see that I no longer felt the emptiness, greyness within…there was light there, discernible light.  It’s connected to prana, ch’i, lung whatever the words and courses throughout the subtle body burning through “knots”—the energetic emotional collections of thought glued to emotion resulting in conditioned behavior and the “fabric” of ego.  This began in 2004 and is continuing today so I know and can see that there are layers and layers of “veils” misperceptions…If this “light” is let to function as it should either through bona fide practices or as Rinpoche early on told me—letting everything happen naturally—purification happens—and it is not quick.  The false is burned through and clarity increases.  I need to say that this happens and there is still lots and lots to burn through—a ton of purification needs still to happen, but what is different now is that I have faith that this will indeed happen no matter however long (lifetimes) it takes…this is our human destiny when we chose the upward path, express the desire to transform…I know this from my depths.

It has been said that the relationship with the guru deepens with practice and particularly in retreat.  This is most definitely so…the bond of love between Rinpoche and me deepened because Rinpoche was the shining example of what we humans can accomplish with effort, prayer but mostly it became apparent through love, LOVE. Terrible word.  I could use Beauty—he is the closest I’ve come to seeing a human become the potential and beauty we can be; I want it too; I want the joining that love is ultimately with everything….